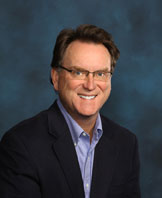 John has over 25 years of practical merger and acquisition (M&A) experience bringing a unique blend of business, financial and legal skills to the table for his clients. Before founding Suender M&A Advisors in 2006, he served as the executive in charge of mergers and acquisitions and the general counsel for MedQuist (now M*Modal). During his tenure with MedQuist, John identified, structured, negotiated and closed the acquisition of more than 50 health information and revenue cycle management companies. John also was a director with Everingham & Kerr, a lower middle market M&A advisory firm based in Marlton, NJ. John began his career as an attorney in the M&A department of Pepper Hamilton, one of Philadelphia's largest and most prestigious law firms. Throughout his career, John has been involved in more than 100 acquisitions, divestitures, offerings and financings ranging in value from under $1 million to over $1 billion.